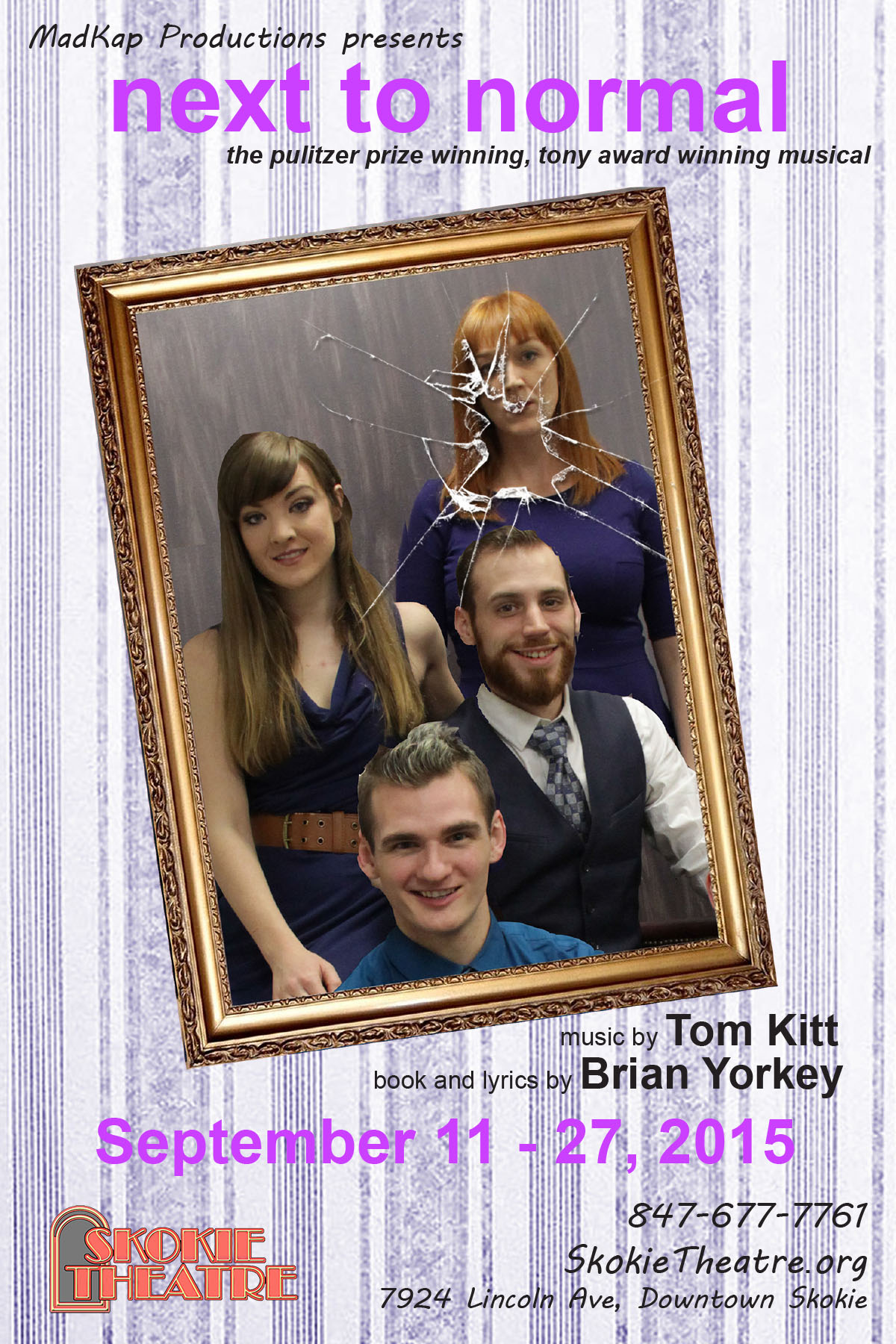 NOTE: Go to SkokieTheatre.org and use the discount code: NAMI.  Please share! Each ticket purchased with code NAMI will receive a $5 discount, plus MadKap Productions will donate another $5 to NAMI CCNS.

This riveting musical won three Tony Awards in 2009 and the 2010 Pulitzer Prize for drama due to its heartbreaking, humorous and unflinchingly authentic look at a modern family struggling with the effects of bipolar disorder.  The story assesses the losses that occur when wounded people are anesthetized — and not just by the battery of pharmaceutical and medical treatments to which Diana is subjected, but by recreational drugs, alcohol and that good old American virtue, denial with a smile.  The notion is that personality is fragile, always on the edge of decomposition.  As the family bands together to learn how to support each other and live a life that is at least next to normal, each character’s journey is punctuated by a powerful music score. It features 30 original songs including “Just Another Day,” “You Don’t Know” and “Superboy and the Invisible Girl.”

Next to Normal does not qualify as your standard feel-good musical.  In fact, the New York Times called It “a feel Everything musical.”  Chris Jones of the Chicago Tribune said, “It has the effect of making one determine to refocus on what really is important in life, which always is the best reason of all to find time to go to the theater.”

Next to Normal opens on September 11, and runs through September 27.  Performances are at 7:30 pm Friday and Saturday nights, 2:00 pm on Sundays, and a Wednesday afternoon matinee at 1:30 pm on September 16.  The show is directed by Andrew Park with music direction from Gary Powell, and stars Whitney Morse, Jordan Gryzbowski, Molly LeCaptain, Chris Selefski, Nick Shoda and Brian Zealand.  Tickets are $38 general admission, $33 for seniors, and $28 for students, with $5 of they use code NAMI when ordering.  Tickets are available online at SkokieTheatre.org or by phone at 847-677-7761.