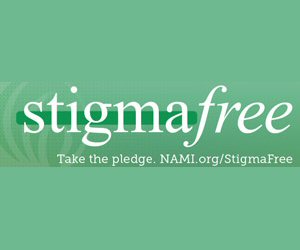 The following statement may be attributed to Mary Giliberti, executive director of the National Alliance on Mental Illness:

After a year of ongoing conversations in which ABC professed to be concerned about negative stereotypes portrayed in its 2014 Halloween episode, “Awesome Land”, we are deeply disappointed that ABC intends to re-air the episode this week.

NAMI is calling on the network not to re-air the Halloween episode, which stereotypes people living with mental illness as a theme for the family’s decorations in a neighborhood contest. Stigmatizing, stereotyped portrayals of this nature contribute to an ongoing public health crisis that prevents people from seeking the treatment they need.

We cannot begin to understand why a television network would ignore this very real public health concern. ABC would not air an episode based on jokes involving HIV/AIDS or breast cancer that discouraged people from getting help. The decision to re-air the episode is truly callous.

The episode sends a message that ABC does not consider people living with mental illness to truly be part of its modern family or vision. It is a profound disappointment that a show that has been applauded for inclusivity now chooses to dismiss concerns from part of the disability community.

It is additionally disappointing—and appalling—that ABC chooses to do so during National Bullying Prevention Month (October) in which it is  partnering with GLSEN, GLAAD and Pacer for an anti-bullying campaign.

In the case of “AwesomeLand”, ABC is the bully, not caring about the impact that the episode will have on many children and teens living with mental health conditions—who because of such conditions are themselves vulnerable to bullying.

We challenge the network to live up to its own code of Corporate Citizenship and Social Responsibility which proclaims to seek: “A happier tomorrow. A healthier tomorrow. Where we are all driven to care for the world we share.”

We hope millions of individuals and families dealing with mental health challenges will join us in letting ABC know how disrespectful its actions truly are.

NAMI understands that public protest may only encourage more people to watch the episode. If so, NAMI asks that viewers take the opportunity to learn more about mental illness and consider taking NAMI’s stigmafree pledge at www.nami.org/stigmafree

NAMI is the nation’s largest grassroots mental health organization dedicated to improving the lives of Americans affected by mental illness.