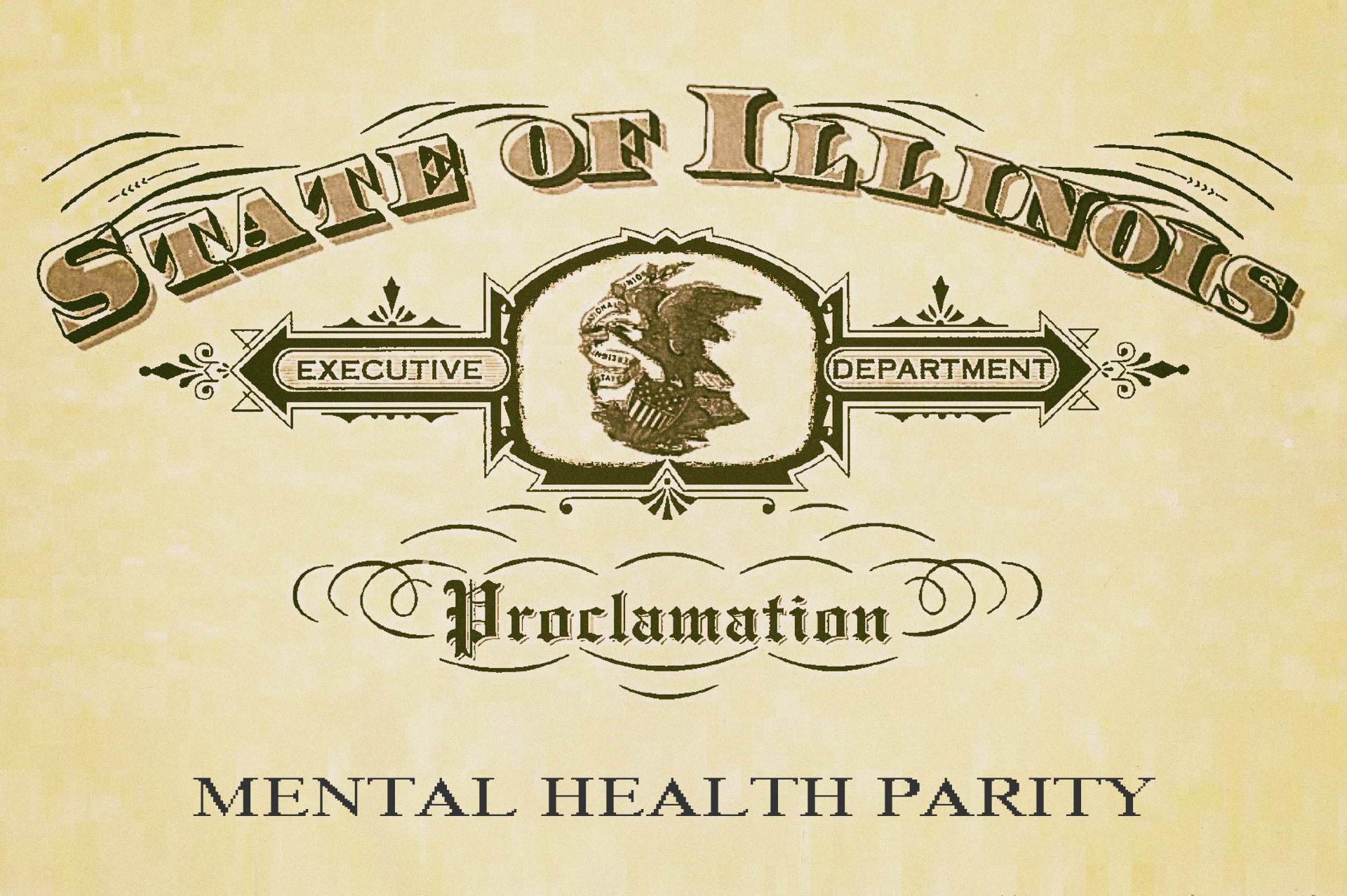 Since the inception of health care, mental illness has always been denied by insurance companies.  That is changing fast as mental health parity laws have been the conversation among the many that have been denied the same services afforded to those with physical ailments for decades. However, Illinois Governor Bruce Rauner, is holding all Illinois insurance companies accountable with the following proclamation.

WHEREAS, approximately 1 in 5 adults experience a mental health disorder, and I in I 3 people age I 2 or older experience a substance use disorder each year: and,

WHEREAS, rising deaths in the United States from drug overdoses, suicides, and alcoholism have led to the first multi-year decline in the life expectancy in the past 50 years; and,

WHEREAS, Congress passed the landmark Mental Health Parity and Addiction Equity Act of 2008 011 an ove,whelming bipartisan basis, and President George W. Bush signed it illlo law on October 3, 2008, to end discrimination in mental health and substance use disorder coverage; and,

WHEREAS. Illinois has enacted its own state parity legislation that expands upon and strengthens the federal Mental Health Parity and Addiction Equity Act; and,

WHEREAS, Illinois regulators at the Departments of Insurance and Healthcare and Family Services have a prima,y role in ensuring that private insurance and Medicaid managed care plans comply with the Mental Health Parity and Addiction Equity Act and Illinois ‘parity law; and,

WHEREAS, greater access to mental health and substance use disorder treatment will help improve overall health, decrease health care costs for all Illinoisans, and allow individuals to live fulfilling, productive lives in their communities; and,

WHEREAS, the Centers for Medicare and Medicaid Services approved Illinois· application for a 1115 Medicaid Behavioral Health Waiver, which allows the state as of July/, 2018, to launch a $2 billion behavioral health initiative designed to deliver better outcomes for Medicaid beneficiaries suffering from mental health and substance use disorders.

THEREFORE. I. Bruce Rauner, Governor of the State of Illinois. do hereby proclaim October 20I8, as MENTAL HEALTH AND ADDICTION PARITY MONTH in Illinois, recognizing the 10th anniversary of the signing of the Mental Health and Parity Addiction Equity Act of 2008 and call upon health plans to take immediate steps to demonstrate to regulators that all of their practices are in compliance with state and federal parity laws. 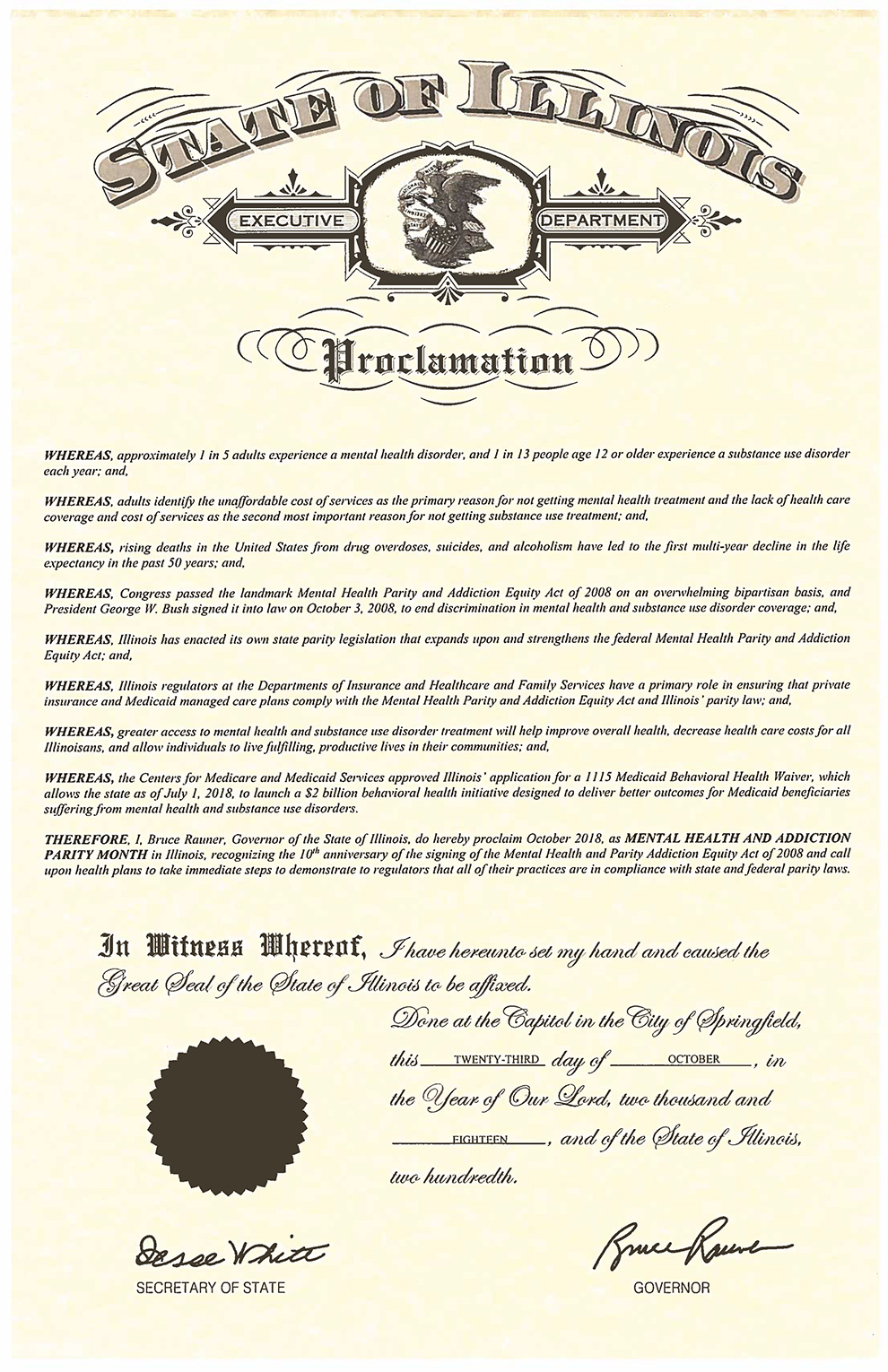