The 'Joker" will leave your senses pinged and your hair raised.  We look deep into the movie 'Joker' with our mental health movie review. 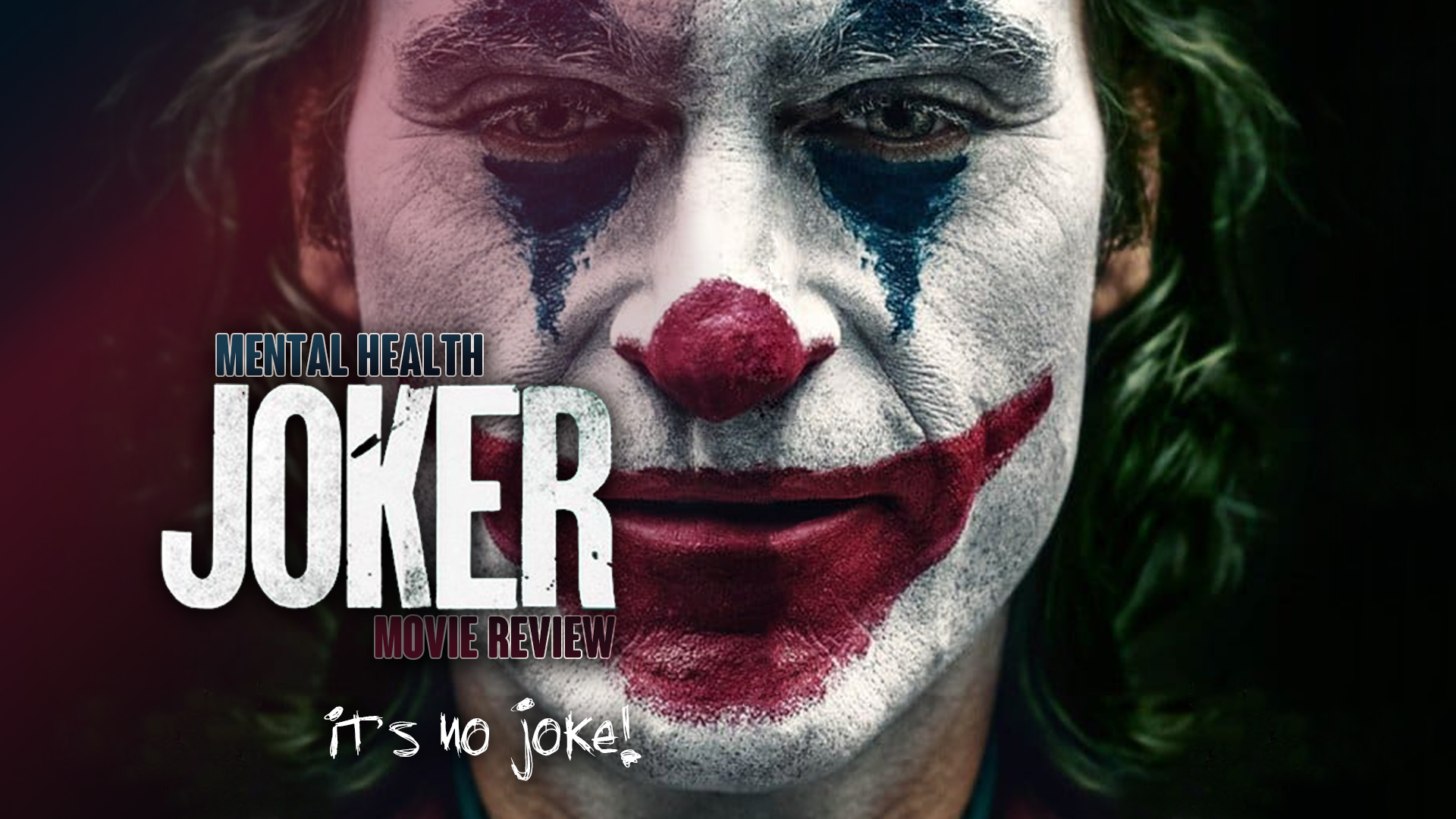 ‘Joker’ is opening with mixed reactions and austerity that could sway the most sane audiences into a frenzy.  It has received all types of audience warnings that are ringing in the ears of movie patrons everywhere.  It’s tough enough to enjoy a summertime festival without looking over your shoulder in this societal climate.  ‘Joker’ further pushes slings fear into movie goers.  However, ‘Joker” will leave your senses pinged and your hair raised.  We look deep into the movie ‘Joker’ with our mental health movie review.

Movie synopsis: Arthur Fleck Forever is alone in a crowd, failed comedian Arthur Fleck seeks connection as he walks the streets of Gotham City. Arthur wears two masks — the one he paints for his day job as a clown, and the guise he projects in a futile attempt to feel like he’s part of the world around him. Isolated, bullied and disregarded by society, Fleck begins a slow descent into madness as he transforms into the criminal mastermind known as the Joker.

Arthur is attempting to navigate an unnamed mental illness that culminates into laughter in contrast to his sadness. His mother, whom he believes to be loving and kind, has a hidden dark secrete that Arthur extracts as the plot unwinds. What he finds changes everything and it’s in this moment that Arthur’s transformation into the Joker evolves. Arthur finds a history of childhood abuse he suffered at the hands of his mother. Arthur embraces his angst and inflicts his pain on other. Gotham City erupts in protests in the wake of the Joker’s criminal actions targeted at the rich people in the city. The ending of Joker circles back to the beginning of the Dark Knight Rising. In the final scene the Joker locked up in Arkham Asylum being counseled. It’s here that the audience realizes that not all of what you’ve just watched actually happened. Some of it was a figment of his imagination and perhaps points toward schizophrenia.

The ‘Joker’ movie reviews suggest a strong warning for anyone in attendance at this movie.

U.S. Military Warns Troops About Violence at Joker Screenings | gizmodo.com
The U.S. military has warned service members about the potential for a mass shooter at screenings of the Warner Bros. film Joker, which has …

Joker | The Guardian
‘He is a psychopath’: has the 2019 Joker gone too far? … Week in geek A Batman v Joker movie could make Marvel’s Avengers look like the …

Is Joker Just a Movie? | The New Republic
after its Venice premiere this week, a critical maelstrom is already aswirl. Joaquin Phoenix …

Aurora Shooting Victims Voice Concerns Over ‘Joker’ in…hollywoodreporter.com › news › aurora-shooting-victims-voi…
…are voicing their fears to Warner Bros. about the new ‘Joker’ film and urging the studio to …

FBI Issues Warning Over Potential Violence At Screenings Of | wvmtradio.com
The FBI has issued a warning regarding the potential for violence at theaters showing the upcoming movie “Joker,’ coming years after a mass …

The Joker’s Influence on Mental Health

Stigma. What is it? Stigma is when someone views you in a negative way because you have a distinguishing characteristic or personal trait that’s thought to be, or actually is, a disadvantage (a negative stereotype). Unfortunately, negative attitudes and beliefs toward people who have a mental health condition are common. Because of this reason, about 40 percent of the 60 million patients suffering from mental illness go without treatment in fear of stigma. The movie ‘Joker’ further fuels stigma in our society by demonizing mental illnesses.

This weekend a new highly anticipated movie, Joker, will be in wide release. The film is an origin story of the villain Joker, Batman’s nemesis. The portrayal is dark and very concerning to the population that we serve. Early reviews have sparked reactions to the movie as the dark side of mental illness and tying it to extreme violence.
It is important to know the following: this movie is fictional, it is based on a comic book character, not any real person or facts. While the acting maybe realistic to some, it is just acting from a pre-written script.

NAMI is using this opportunity to elevate awareness about the stigma and discriminations that people with real mental health conditions have to endure daily.

The AMC Theatre chain has agreed to screen the 30 second version of NAMI’s Cure Stigma PSA prior to all screenings of Joker nationwide. Below is the NAMI PSA.

Should You See This Movie?

‘Joker’ is not a movie for the light of heart and can be described as a sledge hammer of a plot. It continuously slams the audience further and further down a rabbit hole that no person should go down. It’s sadistic, lacking any charisma and makes you frightened to even sit in your seat. This is not a movie for children. Do not bring them.  Unlike previous Batman movies, there is overt acts of violence with the Joker shooting someone point blank in the head with blood splattering all over.  The Joker is not witty, cunning or calculative.  Although there was a point where the Joker was reachable, the Joker crosses the line into a real dark side.  Would I watch this movie again? No. Would I bring my children? No.  Sensationalized rage and murder are nothing to peddle to an audience where relate-ability could drive one into action.  If you are considering harming yourself or others, don’t!

Although I am not a doctor, I would say that the main character, Arthur Fleck, needed better mental health assistance in his life!  A mental health support group, like Connection, would have been perfect for this character!   The only person he thought loved him, allowed horrific abuse in his childhood. All too often our society is turning to outlets of anger and only fuel the problem. This movie pushes the envelope of mental illness and mental health by moving it in the completely wrong direction. The mere suggestions that a man turns to violence in the face of personal adversity is a whisper from the devil. People in this instance need to know that there is hope and there are people that do care about them. This movie, in no way, should be considered and actual depiction of mental illness or what people with a mental illness do. It only fans the fires of mental health stigma.

If you or a loved one are suffering from a mental illness or mental health condition, please seek medical assistance.  The National Alliance on Mental Illness was created to meet the challenges of mental health issues facing everyone.  We provide free support groups, training and more