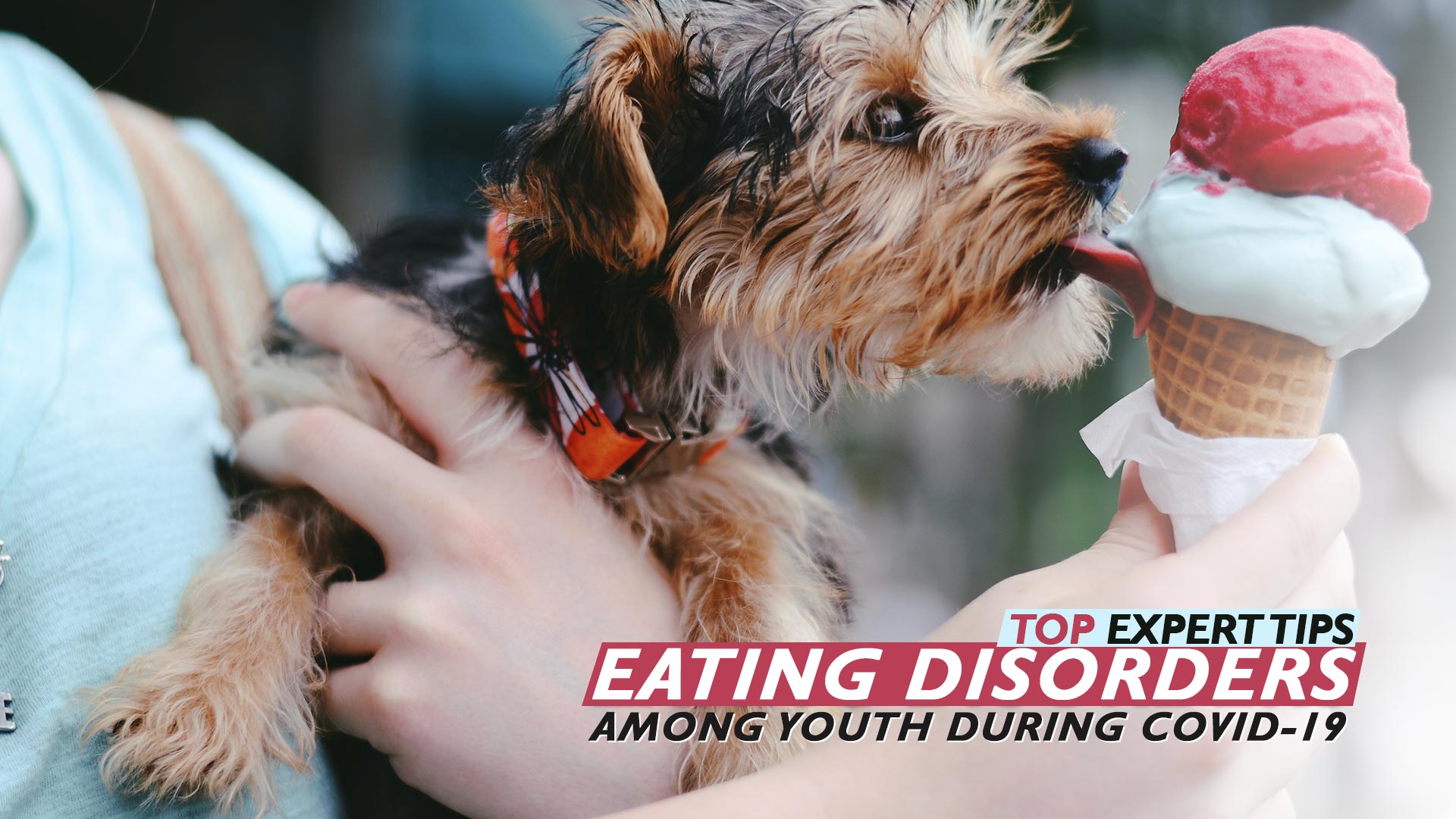 Although the moniker ‘eating disorder’ specifically mentions eating, eating disorders are about far more than food; they are a range of psychological conditions that result in unhealthy eating habits. Eating disorders are surprisingly prevalent; in the U.S. alone, 20 million women and 10 million men are estimated to have suffered from an eating disorder at some point in their life. Although eating disorders can affect people of any gender and age, they’re most often reported in adolescents and young women.

Eating Disorders: What Are They?

The six most recognized eating disorders are anorexia nervosa, bulimia, binge eating disorder, pica, rumination disorder and avoidant/restrictive food intake disorder. Anorexia nervosa appears to be the most widely known of eating disorders and is characterized by extreme diets in those who often become dangerously underweight, even though sufferers see themselves as overweight. Those with anorexia often also have significant obsessive-compulsive symptoms and are unusually interested in controlling their environments. Bulimia nervosa sufferers frequently eat large amounts of food, then purge through vomiting, laxatives, diuretics, enemas and/or heavy exercise.

Binge eating disorder, believed to be one of the most common eating disorders, involves extreme overeating with no purging behaviors. Pica is another eating disorder; this involves eating things that are not considered food (i.e, hair, dirt, ice, paper, etc.).

Rumination disorder, a newly recognized eating disorder, describes a condition in which a person regurgitates food and then re-chews it. Finally, avoidant/restrictive food intake disorder, a new term for a disorder formerly known as ‘feeding disorder’ (and formerly reserved for children under 7 years old), describes eating that is disordered due to a lack of interest in eating or a dislike for certain textures, colors, tastes, smells, etc. Of note, this is more than just ‘picky’ eating.

Experts believe that eating disorders may be caused by a variety of factors. Contributing factors are thought to include genetics, personality traits, societal pressures, culturally accepted ideals, differences in brain structure, and levels of brain messengers serotonin and dopamine. Yet much is still unknown about why some people are more susceptible than others, and why some cases are so stubborn to resolve. One factor revolves around the fact that we must consume food to live, so unlike substance or alcohol abuse, avoiding the trigger – food – altogether is simply not an option.

Distorted eating is twice as common among females than males. It’s also more frequently reported among those who described themselves as Asian/Pacific Islanders, gay, lesbian or bisexual. For young people in particular, disordered eating behaviors can jeopardize their growth and long-term health. Eating disorders have been linked to substance abuse problems as well; factors that underlie eating disorders also appear to underlie substance abuse issues.

Life as we know it is upside down at the moment, and we are all suffering from the effects of social isolation, economic uncertainty, employment changes, health fears, even financial losses. Anxiety and depression are on the rise. For those struggling with an eating disorder, the challenge is even greater. People with eating disorders tend to be more rigid and ordered to begin with, so the pandemic is wreaking havoc for many of those affected.

It is likely that COVID-19 pandemic has exacerbated the problem for those suffering from an eating disorder: our daily routines have been disrupted, we’re home most of the time, and our kitchen pantries and cabinets may be filled with groceries that we’ve dutifully stocked. Furthermore, changes in treatment availability and social support could affect progress, trigger relapse, or worsen any co-existing mental health conditions such as depression and anxiety.

Consider when the pandemic first unfolded, and many grocery store shelves lay empty due to panic buying. When entire shelves of grocery staples are bare, it can trigger an irresistible desire to hoard, accompanied by a dark sense of dread. Depleted inventory leads to a scarcity mindset, which mirrors the eating disordered mindset already: food is hard to find, so grab it while you can. With grocery stores now fully stocked, we gather plentiful amounts of it in our kitchen, and this easy access is equally dangerous.

A recent study that included participants from the US and the Netherlands found that people reported needing more structure, more frequent face-to-face interactions with healthcare professionals, improved support with meals and nutrition, and someone with whom they could speak openly. Most participants explained that their anxiety had worsened, with additional concerns about lack of structure, spending more time in a triggering environment, and the absence of social support.

Exacerbated eating disorder behaviors appear to be consistent with the eating disorder diagnosis, meaning that those with anorexia reported feeling more restricted and fearful over being able to obtain foods that fit their self-imposed diets, while people with bulimia nervosa and binge-eating disorder reported experiencing more frequent episodes of binge eating.

Helping youth with eating disorders progress in their recovery

This is a difficult time for us all, and especially difficult for those with a mental health condition. Experts do offer some tips for those who suffer from eating disorders to continue on their path to recovery, even in these pandemic conditions. We share them below:

Set a schedule. Idle time is the enemy for those with eating disorders and moving from a busy school or work schedule to facing long days of free time can lead to worsening of symptoms. Working or attending school from home helps provide structure, and establishing a routine that clearly delineates time for work/school, hobbies, (remote) socialization, exercise, meditation and other scheduled activities is beneficial.

Include mealtimes in the schedule. For people with an eating disorder, hunger cues must be relearned. Those who suffer from an eating disorder have become so accustomed to overriding bodily signals that these signals are no longer felt. Eating at regular intervals helps satisfy nutritional needs while also training us to relearn our bodily cues.

Limit media, including social media. While some media consumption is fine – we want to stay informed – watching unsettling news coverage all the time simply makes us feel worse. At the same time, social media is spurring the problem, with its disproportionate emphasis on outward appearance. Be aware of unrealistic ideals and photoshopped images that may lead to troublesome thoughts and unhealthy behaviors.

Seek help. Therapy with a trained counselor who has specialized training in eating disorder treatment can be instrumental in overcoming an eating disorder, and telehealth means flexible and convenient therapy is available. Free resources are available at www.nationaleatingdisorders.org, and there are apps available to help track nutritional intake and provide round-the-clock body-positive messages and support. NAMI CCNS is hosting a free webinar on September 1st on Eating Disorders in Youth: Deep Discovery & Treatment, we welcome anyone to join us. Please check out the details here: https://namiccns.org/event/eating-disorders-in-youth/.