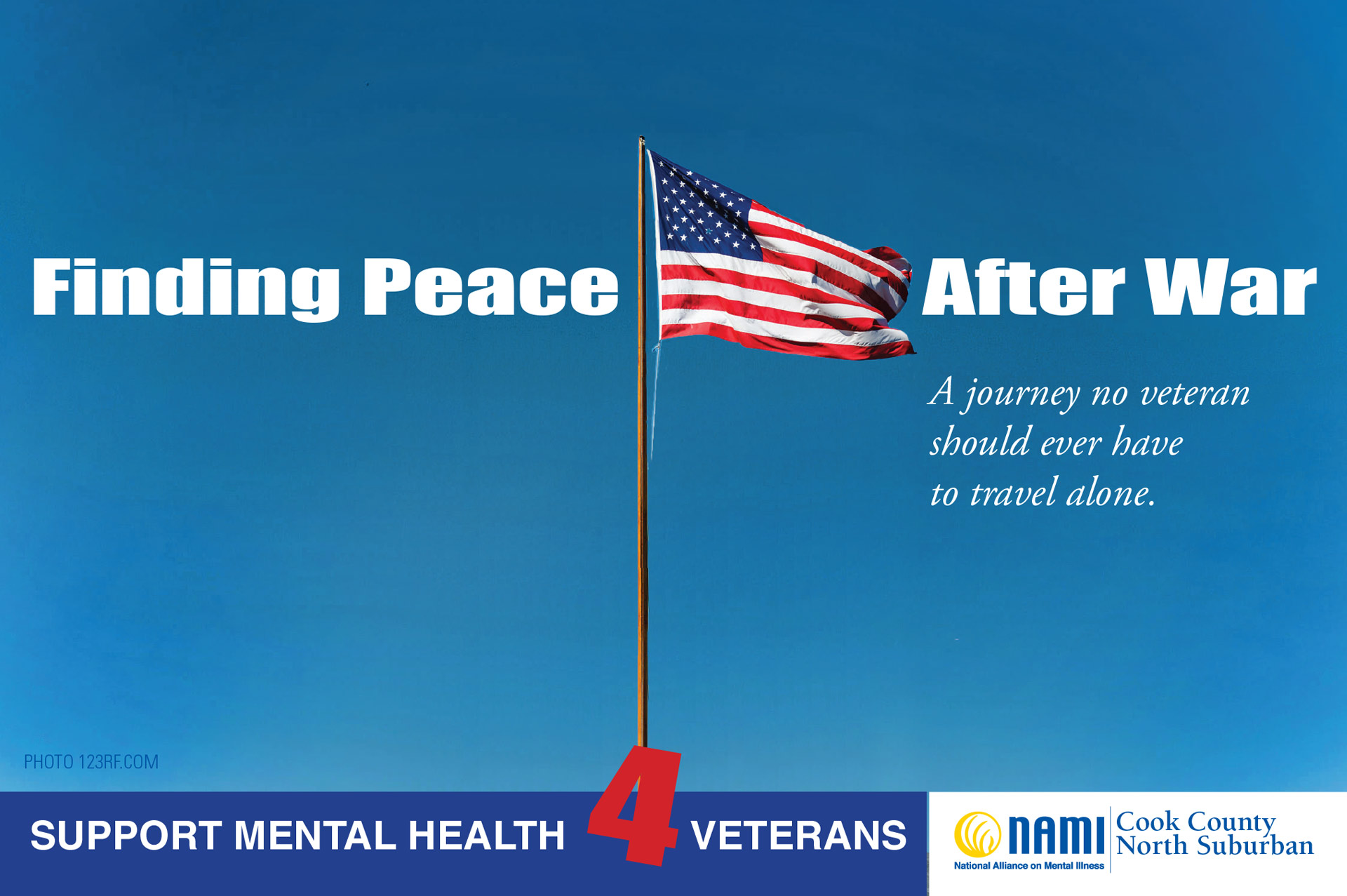 On Saturday evening we had a wonderful gala to recognize veterans and the challenges they face…Finding Peace After War..a journey no veteran should ever have to travel alone.

Thank you to our speakers, Mrs. Amy Miner and her journey with her veteran husband trying to find peace and Hon. Patrick J. Murphy, recent under-secretary of the Army and his views on veterans and finding solutions to the issues they face. NAMI CCNS has new programs to meet the challenges of veterans needs,NAMI Homefront, Stable-ity (equine therapy) and our new veteran support group coming in July 2018.

Each of you make a difference, NAMI CCNS can and will improve the lives of people living with a mental illness. Thank you to our attendees, our sponsors, our volunteers and all who meet the challenge of ending the stigma! Thank you to our 2018 chairs Steve and Ronna Warshauer, you give us all the inspiration to fulfill the mission.

Thank you to all of our 2018 NAMI CCNS Sponsors!  Without you, we could never deliver our mental health services to the Chicagoland communities we serve!

Thank you to all that donated to this special event!

The Honorable Patrick J. Murphy is America's first Iraq War veteran elected to the U.S. Congress and later served as the 32nd Under Secretary of the Army until January 2017. Secretary Murphy is currently the Distinguished Chair of Innovation at the United States Military Academy at West Point, a Senior Fellow at the Association of the U.S. Army, a media executive, and the Executive Chairman of Work Merk™, a professional education platform that bridges the gap between corporations and higher education.

As the Acting Secretary and Under Secretary, he led the management and operation of the Army—a Fortune 10-sized organization with a workforce 1.3 million,$148 billion budget as well as being the nation’s largest employer of millennials with over 130 thousand hired in 2016. Transforming a more innovative and responsive workforce led to an expansion of the Soldier for Life initiative, which saved $340M in FY16 and was instrumental in reaching recruitment goals for the first time in five years. Secretary Murphy also facilitated unprecedented public-private partnerships generating over $250M in savings, from Major League Baseball to 20th Century Fox. His aggressive and authentic use of social media to tell the Army story helped lead to an 18% growth across all platforms while managing a $240 million advertising budget. Also led coordination effort to allow first-ever access by registered veterans to Army Air Force Exchange online stores in order to better connect active troops with 20 million veterans, increasing in annual revenue to over $6.7 billion.

An award-winning media executive, he founded the production company Taking the Hill, which creates television, films and digital content. His current projects include Unconquered (Epix, 2018), Almost Sunrise (PBS, 2017), and Thank You For Your Service (Dreamworks/Universal Films, 2017). Previously, Patrick was host and executive producer for Taking The Hill (2011–2015), and The Triumph Games (CBS Sports, 2015–2016). He authored the book Taking the Hill: From Philly to Baghdad to the United States Congress, (Henry Holt, 2008) and has been profiled in When Trains Collide (PBS, 2017), Strange History of Don't Ask Don't Tell (HBO, 2012), Taking The Hill (Discovery, 2007), Patrick Murphy: Born To Lead (PBS, 2004), and a 2016 Washington Post article where he was nicknamed the ‘Soldier’s Secretary.’.

The nation’s youngest Democratic U.S. congressman from 2007 to 2011, from the the Eighth Congressional District of Pennsylvania, Congressman Murphy served on the Armed Services, Select Intelligence, and Appropriations committees responsible for the $3.4 trillion budget. He authored and co-authored several Veterans initiatives including the 21st Century GI Bill, the Repeal of Don’t Ask Don’t Tell, and Hire Our Heroes legislation. The 21st Century GI has allowed 2.7 million post-9/11 veterans access to higher education, leading to over 450 thousand post-secondary certificates earned as of 2017. After joining the Army at nineteen he graduated from the Airborne and Air Assault courses and served in the U.S. Army Judge Advocate General’s Corps as a criminal prosecutor and Special Assistant U.S. Attorney in the Southern District of New York. Following 9/11, immediately volunteered and served two overseas combat deployments – Tuzla, Bosnia
(2002) and Baghdad, Iraq (2003–2004). While serving in Iraq as a paratrooper with the 82nd Airborne Division, he led a Brigade Operational Law Team (BOLT) and earned a Bronze Star for his service.

We are very proud to have this courageous woman, Amy Miner, joining us at this year's GALA.  Amy Miner is a contributing author in the book, The Fire Within.

Amy Miner's late husband's fight did not end when he left the war.  Instead, as with many veterans, Kryn Miner's battle against the emotional scars of a long military career was just beginning when he returned home after 11 deployments in 7 years!

Since losing her husband, Amy Miner has vowed to bring attention to the need for better treatment for veterans with post-traumatic stress disorder and traumatic brain injury.

Amy's story is one of truth, love and loss that must be heard!

Our 2018 NAMI Gala will focus on what we can do to help military service members, veterans, and their families cope with a mental health condition.

Just because our service members make it home does not mean that their battle is over:

WHAT NAMI CCNS CAN DO TO HELP (WITH YOUR SUPPORT)

NAMI CCNS is uniquely positioned to help military service members, veterans, and their family members. We plan to:

HOW YOU CAN HELP

You can help military service members, veterans, and their families by attending, sponsoring , and/or donating an auction item to our Gala on Saturday April 21, 2018 at the Northmoor Country Club in Highland Park, Illinois. Money raised at the Gala not only will be used to help NAMI CCNS support our military service members, veterans, and their families but also will be used to continue our other support groups and courses (including such nationally recognized courses as Family-to-Family and NAMI Basics) and increase course offerings in languages other than English. Thank you for your generous support!