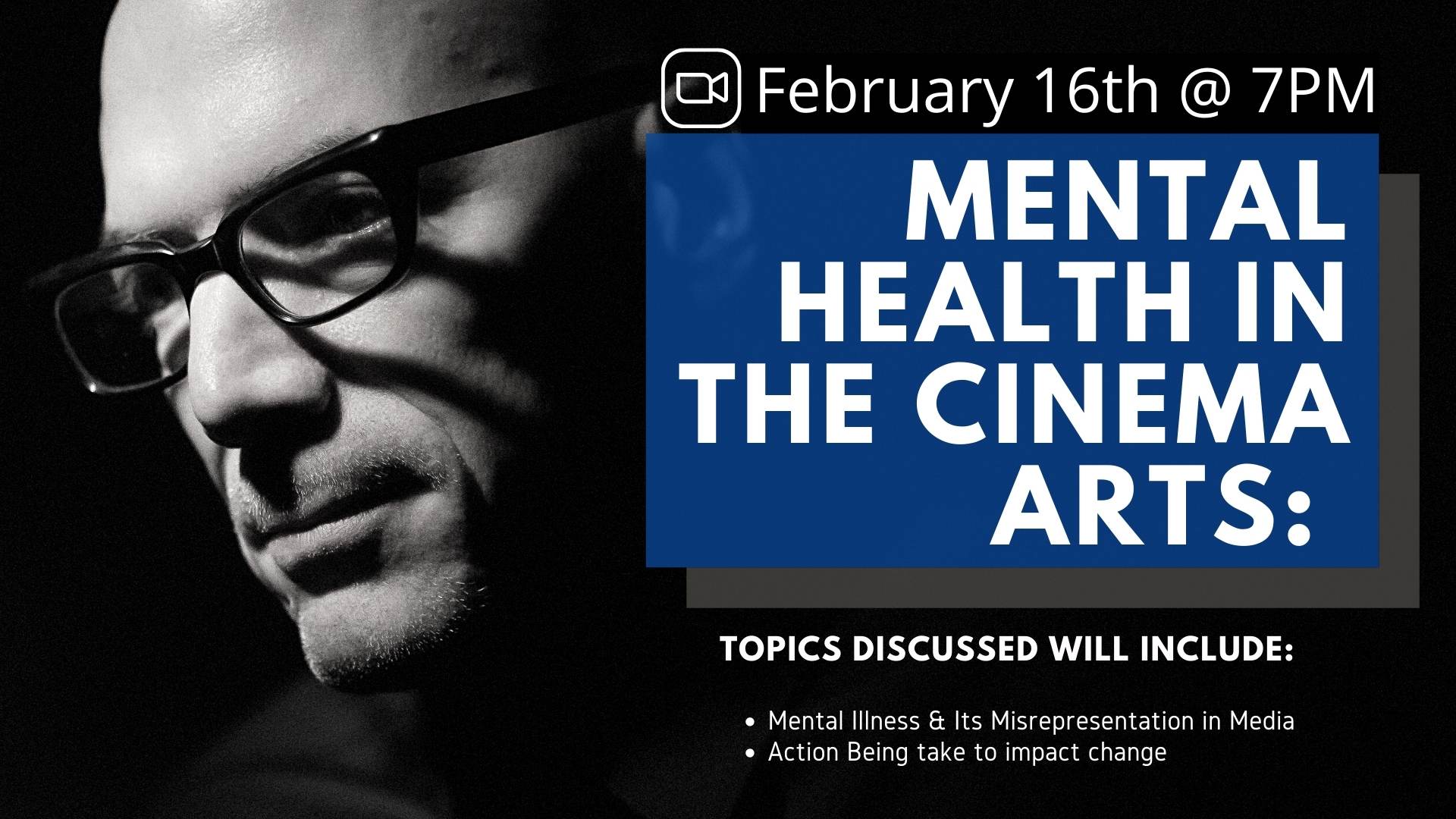 NAMI CCNS and the Pritzker Pucker Studio Lab have teamed up to shine a light on how mental illness is misrepresented in media outlets.

February 16 we will launch a series of discussions and film previews by Director David Tolchinsky and Northwestern Students.

David Tolchinsky, the director of the Studio Lab, is a Northwestern University professor of radio-tv-film, a screenwriter/playwright, and filmmaker. He was the founding director of Northwestern’s MFA in Writing for the Screen+Stage program, and has written screenplays for various Hollywood studios. Much of his recent creative work revolves around mental illness and trauma, sometimes as comedy, sometimes drama, but often seen as horror. He curated a series of seven plays and films, “Sick by Seven,” about mental health in the modern world; he wrote and directed the dark comedy “An Attempt to Heal in the Contemporary World” about the rogue psychologist Wilhelm Reich; and he wrote and directed (and scored) the award-winning thriller Cassandra that deals with memory recovery methods of the ’90s. Currently, he is producing Night’s End, a horror feature for Shudder/AMC Networks about extreme isolation. His father was a Yale University professor of psychoanalysis and a movie buff (at one point, he had a collection of 7,000 DVDs), so he grew up immersed in psychology and movies. Thus, he is keenly interested in how mental illness is depicted.  He is a graduate of Yale University (BA, Scholar of the House in Musical Composition/Film) and USC School of Cinematic Arts (MFA).

“We believe there is an enormous opportunity to use media — in particular, narrative filmmaking across drama, comedy and horror — as a means to shine a light on a wide range of mental health issues,” Tolchinsky said. “By educating media makers about the multi-dimensional aspects of mental health, encouraging discussion around complex topics, and amplifying marginalized voices, we can generate a meaningful change in the way mental health is understood by society-at-large.”

“We’ll celebrate the films and TV shows that have, in fact, shined a light on mental health and illness and discuss those that may be problematic in an effort to determine how we, as filmmakers, can continue to entertain while also promoting empathy, understanding and acceptance,” Tolchinsky said.

We invite you to join us for an enlightening conversation with Filmmaker David Tolchinsky to consider how our understandings of mental illness have been shaped by those whose purposes are to create fear, shock, and disbelief.

Register for Event: Mental Health in the Cinema Arts: Meet the Filmmaker and Director of Pritzker Pucker Studio Lab

Your ticket for the Mental Health in the Cinema Arts: Meet the Filmmaker and Director of Pritzker Pucker Studio Lab

Mental Health in the Cinema Arts: Meet the Filmmaker and Director of Pritzker Pucker Studio Lab

Zoom - Register in advance for this FREE webinar: https://us02web.zoom.us/webinar/register/WN_Zit_w8aNTJiOhQRSlHvH1A